It's 100% safe with IM-Magic Partition Resizer Server that provides a way back magic even in the processing of resizing your disk, your os won't get hurt even unexpected accidents took place in the process of disk changing.

Example - here we would share you a guide for resizing disk with Partition Resizer Unlimited. 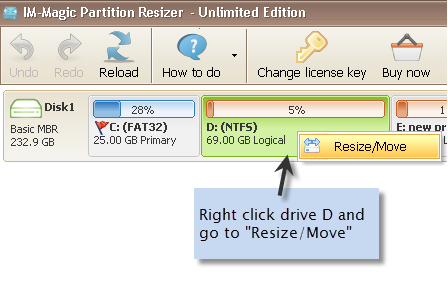 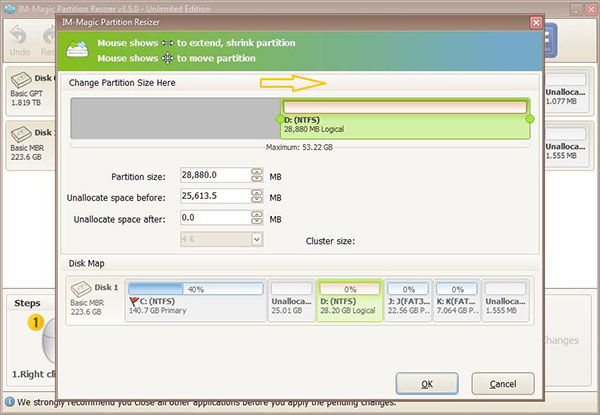 Move the border of large drive with Partition Resizer

After the resizing, unallocated space is available for resizing the volume on Server 2012.

Free unallocated space is available after the shrinking

Step 2 - Right click the drive you want to expand, go to its 'Resize/Move' to start extending, if your drive is more complicated, you may go to the video collection page to know more tutorials https://www.resize-c.com/video/ 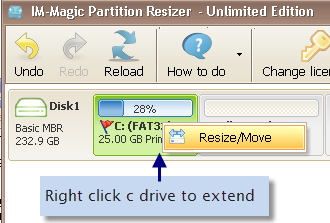 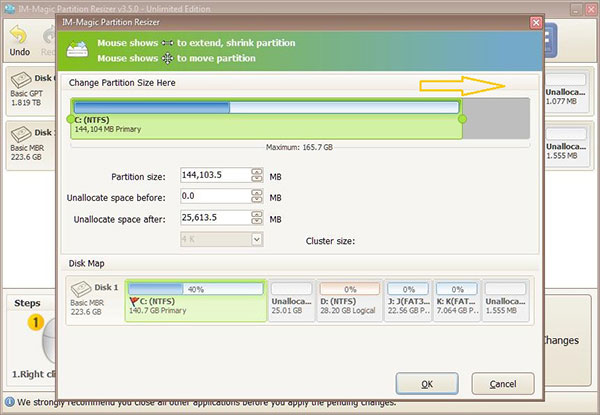 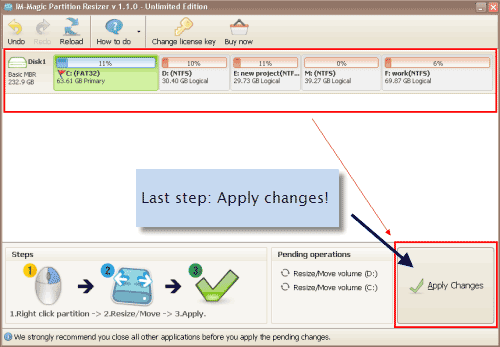 See c drive is expanded in the following photo.

Note: if you are extending partition with free space from non adjacent free space, you may right click partition in between and move it by the same 'Resize/Move'.

Other functions from Partition Resizer

Copy partition: You may backup data from any disk partition to unallocated space as backup 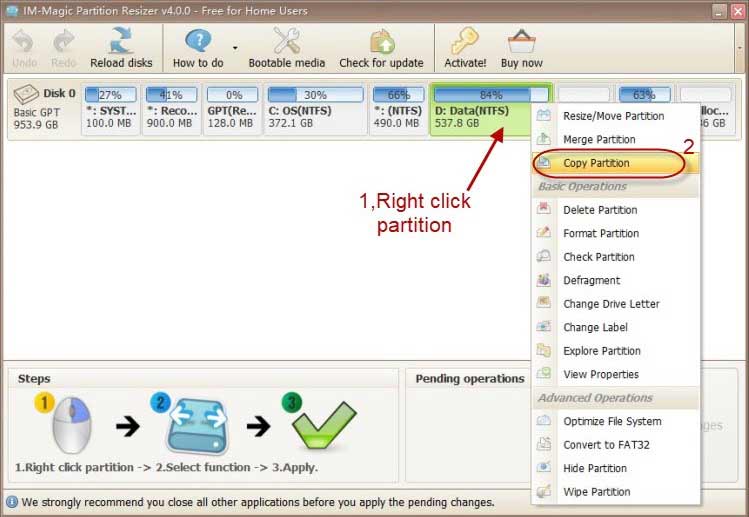 Resize/Move Partition: You may use it to shrink, move, extend partition without losing data

IM-Magic Partition Resizer Server has partition magic bootable edition which is compatible with Windows Server 2012, SBS 2012 and 2012 R2, so you can use this partition software to manage disk space when Windows 2012 built-in disk management tool fail to resize hard drive.

Step1. You need to insert a blank CD, DVD or USB to computer in advance. Without CD/DVD/USB, you need to rely on third-party burn software to make bootable disk. 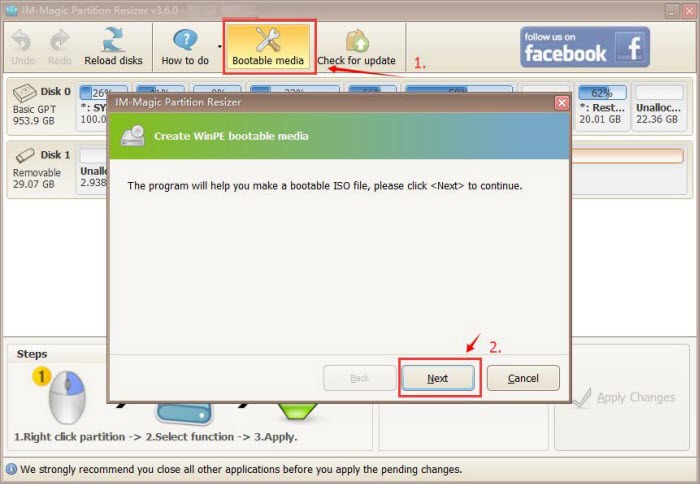 Step3. Select the option to create bootable disk and then follow the wizard to complete it. 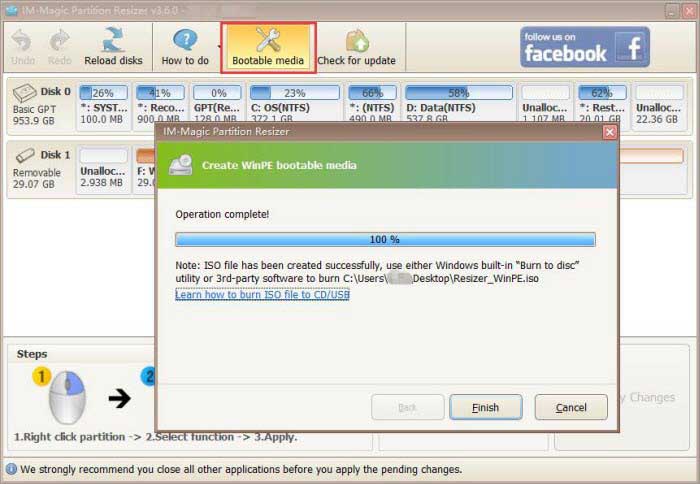 And then you will have an iso file in the end.

Solution: IM-Magic Partition Resizer Server can do the above jobs when it's unable to do the job under Disk Management.

1. System partition is running out of disk space